KCM Consulting personnel have worked for numerous government agencies and several NGO’s.  We have provided support in the areas of Project design, estimating, scheduling, construction supervision and change management.

KCM Consulting has received including a GSA Schedule, along with various certifications from the South Central Texas Regional Certification Agency

Work with the United States Army Corps of Engineers (USACE)

The USACE-Portland District was principally charged with the sustainment, restoration and modernization of hydro-power production facilities and dams along the Willamette, Snake, and Columbia River basins in the Pacific Northwest. This program regularly executed in excess of $500 million (US) in construction and maintenance projects on an annual basis.

KCM Personnel have supported the USACE Portland District in the integration and utilization of its P2 Project Management Tool at the Portland District Center of Operations. The P2 project management suite is a collection of software applications consisting of Oracle’s Primavera P6, Oracle Projects (a customized deployment of Oracle’s E-Business Suite Software), Corps of Engineers Financial Management Software (CEFMS) and Oracle’s Financial Analyzer (OFA). KCM Personnel provided Subject Matter Expertise in deploying, utilizing, and integration of the project management process for managing schedules as well as subject matter expertise on Primavera P6 specifically. KCM provided staff augmentation as personnel performed day to day tasking as part of the Portland District Project Controls Team to deploy, manage, and report project-level data utilized by all levels of Corps management from project level through District to Headquarters. KCM personnel assisted the USACE in developing process improvement guidelines to be implemented district-wide. KCM personnel also assisted in the development of an implementation plan to put the guidelines into operation and general use across the district. performed a quality assurance/control assessment to bring existing project schedules into general compliance with established and agreed benchmarks in an integrated matrix format as part of the process improvement process.

KCM personnel have been deeply involved in the Air Force Military Family Housing and the Housing Privatization projects at numerous bases throughout the world.

KCM personnel were able to provide an evaluation of the Cost estimate for the Housing Privatization project at Hickam Joint Base Pearl Harbor which resulted in a $40M savings prior to construction.

KCM personnel provided project controls support to AFCEE (now AFCEC) HQ, ACC/A7 on the FY06 and FY07 Predator Beddown valued at over $84 million (US), allowing the Air Force to achieve construction of new aircraft maintenance and support infrastructure to a remote location near Las Vegas, Nevada during a construction boom period in the region. The services provided by KCM personnel allowed the Air Force to create an optimal construction delivery plan including phasing and resource level projections to attract and deliver a high quality program within the budgetary constraints placed on the project(s). Once in place, KCM personnel acted as on site monitoring and project controls consultants to the Air Force to assist the delivery team in achieving projected expectations.

KCM personnel provided milcon (military construction) program support for military family housing facilities damaged and destroyed by hurricane Katrina. Valued at $284 million (US), it was at the time the largest single contract for a project of this type. KCM personnel assisted Air Force engineering and procurement in developing an optimized procurement valuation and delivery schedule to achieve delivery of 1028 housing units across 5 existing subdivisions in Biloxi, Mississippi. The specified delivery period of 4 years was considered at high risk for both quality and quantity delivery necessitating a follow on presence by KCM personnel throughout the delivery period. Acting in a consultant role, KCM personnel provided project controls support validating construction delivery progress and assisting the Air Force in communicating project progress status and earned value to all levels of the Air Force leadership through command and headquarters levels.

KCM personnel provided program support validating facility condition assessments as part of the 2005 BRAC directive to combine installation management functions for base in close proximity to each other, in particular, those bases in located within the San Antonio, Texas SMSA. KCM personnel made recommendations up and/or downward as appropriate to revise previous determinations and assist installation management personnel in developing long term sustainment, maintenance and restoration strategies for the combined facilities inventories.

KCM personnel provided consultant support in developing and deploying a structured approach to facility asset management for the United States Air National Guard acting on the built and natural assets valued at over $14 billion (US) based on business case principles. KCM personnel assisted base, major command, and air force wide command personnel in developing standardized levels of service and balancing costs, risks, and benefits to maximize the value of assets against mission delivery requirements. Results of this process enabled Air National Guard planning leadership with consistently expressed asset information from base locations across the Continental United States and its territories enabling planners to continue to meet mission requirements at a time when available funding had decreased year over year to pre FY 2000 funding levels.

KCM personnel provided consultant support to the United States State Department’s Millennium Challenge Corporation as project controls subject matter experts (SME) on their Water, Sanitation and Roads development compact with the Republic of Mozambique valued at nearly $507 million (US). KCM was engaged to assist in-country staff in preparing the necessary controls vehicles to satisfy State Department requirements, consisting of project schedules and a program-wide enterprise based schedule allowing team members transparent visibility to progress status at all levels of the compact. In addition, as with most projects, time being of the essence, it became necessary to prioritize the program requirements to clarify which projects would be infeasible to pursue under the compact due to time limitations. KCM personnel coordinated with the agencies in competition for compact funds to develop a comprehensive prioritization of projects to present to government officials for acceptance. 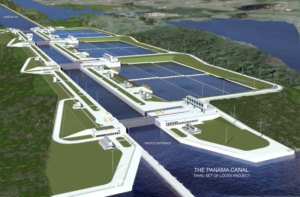 KCM personnel were engaged to provide execution schedule re-configuration of the New Locks project for the Panama Canal. KCM personnel assessed the project management plan as approved and developed alternatives according to the execution plan revision requested by the construction contractor, GUPC. The plan revision had extensive impacts on design requirements completion.

KCM personnel supported the Australian state of Queensland’s’ Fitzroy Region flood recovery program of 2010/2011. Personnel were embedded as part of a team assessing extensive flood water damage to the region’s transportation infrastructure assets. A result of the 2nd worst flood event in recorded history of the region combined with a king tide event on the Brisbane River, which served as the largest collection basin in the region, conspired to create over $330 million (AUD) in damages to roads, airport and railway facilities across an area of land approximately ½ the size of the State of Texas. Personnel engaged government agencies responsible for the sustainment, restoration and modernization of the regions infrastructure to develop the planning and controls vehicles to report current status and progress forecasts for the restoration projects at the project and program level. Personnel then coordinated with personnel from other affected regions in the state to combine recovery information for a state wide reporting mechanism used to brief the government and public entities.

KCM personnel supported the commercial properties earthquake recovery program for the City of Christchurch in New Zealand’s Cantebury region. As a result of a 7.1 and 6.3 magnitude earthquakes in 2010 and 2011, the City of Christchurch experienced nearly $60 million (NZD) to 1,000 commercial buildings in the central business district and numerous other structures throughout the region. KCM personnel were engaged to assist the largest insurance carrier in the region, Vero, to investigate, expedite and make final determination recommendations.